Wildlife conflicts in BC at near historic lows 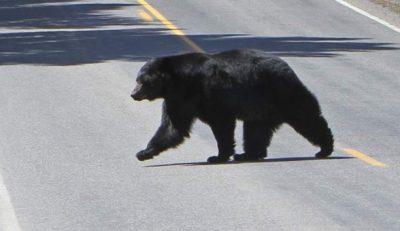 Some good news for nature lovers from the BC Conservation Officers Service.

“Overall, human-wildlife conflicts with bears and cougars are down lower than previous years,” says Deputy Chief Chris Doyle. “In fact, June had some of the fewest conflicts since we started reporting them.”

The number of cougars killed in BC also the lowest ever recorded and numbers for both black and grizzly bears were near the bottom of the range.

Provincially, the number of reported sightings for black and grizzly bears and cougars were low and the number of animals destroyed even lower.

Only a single cougar was killed by conservation officers in June, the lowest number ever recorded. Four BC grizzlies and 51 black bears also lost their lives.

“It seems that this year, generally speaking, it’s not quite as hot and dry across most of the province. We’re seeing some more moisture than we’ve seen in the past couple of years, which has resulted in more vegetation being available. It will also ensure that berries ripen at a normal rate.”

“If we get these similar weather patterns where we see some sun and some rain, we should see lower numbers of conflicts in many areas. And, as well, it may depend in some areas on how good fish returns are in various streams.”

High inflation, health care system problems to be discussed at length in BC Legislature

Advanced Polls coming to the Bulkley Valley, Lakes this week