Smithers and Moricetown first to sign onto BC Transit service agreement 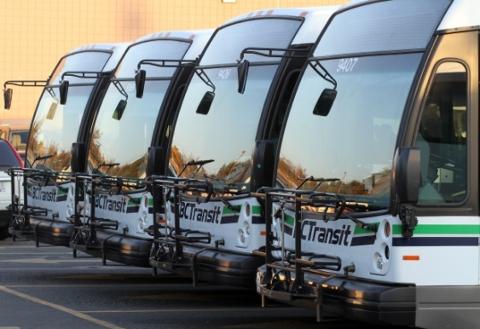 Moricetown and Smithers are the first communities to sign onto an inter-community BC Transit service trough the Highway 16 Action Plan announced by the province today.

The plan is to have rubber hit the road by the new year with buses offering the service six days a week along the 30 km stretch connecting the two communities.

With no bus fare price announced yet, Smithers Mayor Taylor Bachrach with the Transportation Advisory Committee says the aim is affordability. He says the province will foot the capital costs of the buses and shelters along with 66 per cent of the service’s operational costs. The rest will fall on both Smithers and the Moricetown Band 50/50.

“It’s a much more beneficial situation for local communities. It’s really going to allow us to increase the availability of transit between our towns,” says Bachrach. “It’s quite a generous funding commitment, and we’re going to work to get buses up as soon as possible.”

Chief Duane Mitchell of the Moricetown Band says they have two stops picked at both the Gas Bar and the Old Church on the reserve. He says they’ll be looking to make stop times flexible so that band members can make their way into town.

“It’s safer for our people to travel transit rather than hitchhike. It opens up doors for our people out here to look for work in Smithers…and elders that want to go into town for shopping or for medical” appointments, explains Mitchell.

The province said in a release the “service complements current BC Transit services between the Hazeltons and Smithers where an increase in service is also proposed to provide trips three days per week from the existing two.”

The $5-million Highway 16 Transportation Action Plan is aimed at improving safety for girls with improved transportation along Hwy 16.

“More communities are gearing up to sign on for these expanded transit services, and we look
forward to having more agreements to announce in the near future,” says Minister of Transportation and Infrastructure Todd Stone.