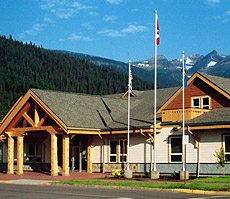 The Town of Smithers is looking for two community members to sit on the Regional Airport Modernization Committee. That’s one to sit on the committee and another as an alternative.

Mayor Taylor Bachrach says it will help make a link between the project and community.

“In a big project like this, there are going to be surprises along the way and we’ll have to adapt as we go…having a committee to discuss changes is going to be important,” says Bachrach.

The committee will be made up of two council members, a community member, town staff and the project’s architect.

“Between the support of the Regional District of Bulkley-Nechako and NDI, we’re getting closer to having the whole project financed,” says Bachrach.

The regional district has committed $400,000 to the project through gas taxes. The director of finance says they’re waiting on a grant of $750,000 through a BC Air Access Grant.

Those interested in sitting on the airport committee can visit the town website – the deadline is March 22.