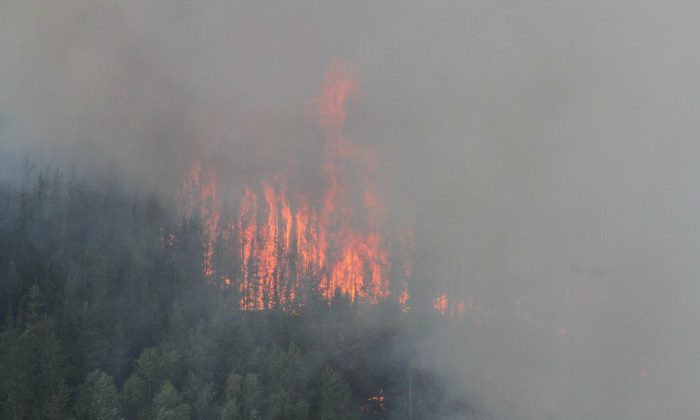 This fire season is now the second most destructive on record.

“Over 491,000 hectares does now make 2017 the second-highest in this province’s history in terms of hectares burned,” says Chief Fire Information Officer Kevin Skrepnek. He reminds us that number is an estimate.

There are now 126 fires burning in BC, including 8 that started up Wednesday.

Since April 1st, that total number of fires has grown to 861, and cost $204 million to suppress.

Hot, dry and windy conditions are expected in the Cariboo and southern parts of BC over the next few days. Thursday is the expected hottest day of this heatwave, but the many southern parts will still see temperatures in the mid-30s. The northwest could see dry lightning this weekend, which could be met with rain.

A high-pressure ridge should start moving along the coast on Saturday, which will move a lot of in-land smoke to that area. The shift means there could be lightning throughout the weekend, although Skrepnek says it’s unlikely.

Considering these conditions and the long-term forecast, Skrepnek says BC needs to be prepared for more fire activity.”

“The season is certainly far from over. August is typically one of our busiest months so this current situation could get worse before it gets better.”

There are now 209 aircraft and 3,800 workers battling the blazes. Of those on the ground, 700 are from out of province.