“North-West BC can play a part” Doug Donaldson 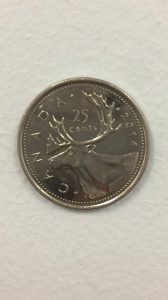 The province of BC has pledged two million dollars to help a declining caribou population in our province.

The money will go towards a Habitat Conservation Trust fund to aid those who cannot speak for themselves.

The fund will support forests and lands by replanting areas that have been affected by seismic line activity. Other work will include providing caribou with a cover so they are not preyed upon by predators.

Natural Resource Operations and Rural Development Minister Doug Donaldson says we here in the North-West BC can make a difference by doing the small things.

“Simple steps like keeping in touch with the conservation office and listening to bulletins when accessing the backcountry. Often times there are areas set aside for caribou that aren’t available for certain thing such as snowmobiling, as tracks could allow predators easy access to caribou. Fire season is also upon us and that may force caribou away from their natural habitat. It’s crucial we are aware of their presence”

There are over 50 caribou herds across BC and Donaldson says the herd near the Telkwa area has seen a significant drop in numbers.

“We’re always looking for ways to counter the decline. Maternal penning to protect caribou from predators will be set up to help calving season as well as habitat restoration. We are doing the best we can to make the most positive impact.”

The caribou is our nation’s mascot when it comes to the quarter and we must do our part to make sure we are on the positive side of history. Donaldson was quick to point out that we as a province should solve this problem before federal officials get involved. Although federal representatives may have good intentions, they don’t live here and may not provide the best resolution to our problem.