Burns Lake resident gives her take on the wildfire activity 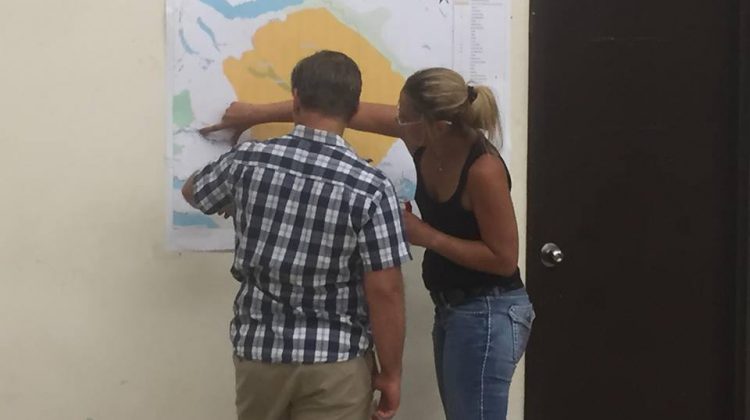 Wildfire season is certainly upon us here in BC and has now apparently taken the Bulkley Valley and Lakes District (BVLD) by storm.

This year alone, there have been a total of 422 fires reported in BC which account for nearly 77,000 hectares of land.

In the BVLD, there are a couple of fires of note and more specifically in the Burns Lake region.

Area resident Angela Pfammatter says along with the smoke, there has been a bit of an edge in the air as of late.

“Wildfire season definitely makes me a bit nervous and I think that’s how everyone is feeling. During these times, you have to stay calm. If you don’t stay calm, that’s when things will go wrong. It’s all about keeping a level head on your shoulders. If you work as a leader and take a calm approach to things, people are going to follow and it’s going to be a lot easier to deal with the situation.”

Pfammatter says her concerns right now surround the areas evacuation alerts. She knows that staying informed is the best way to stay safe and that is why she attended the public forum hosted by the Regional District of Bulkley-Nechako and the BC Wildfire Service last night. “As mentioned, I’ve lived in the area for quite some time. I have a lot of friends living around several fires burning within the District. To me, it’s all about gathering as much information as possible. By no means am I an expert but I certainly like to keep tabs on everything going on.”

When it comes to times like this, communities tend to rally together and Pfammatter says the Burns Lake area is certainly doing that.

“I’ve been prepared for a long time and I mean I’ve been waiting for this to happen for years. I’m making sure that my neighbors know where the safe zones are and that they are taken care of. I’m also trying to help out those with livestock to make sure they have a place to go. The community really pulls together when it needs to and that is one thing that is very hard to find. Not only are people opening their doors to individuals and their critters, but you also have campgrounds doing the same.”

Even though Pfammatter doesn’t currently live in an evacuation area, she says she feels it’s her responsibility to stay prepared and help out a community she has called home for so many years.