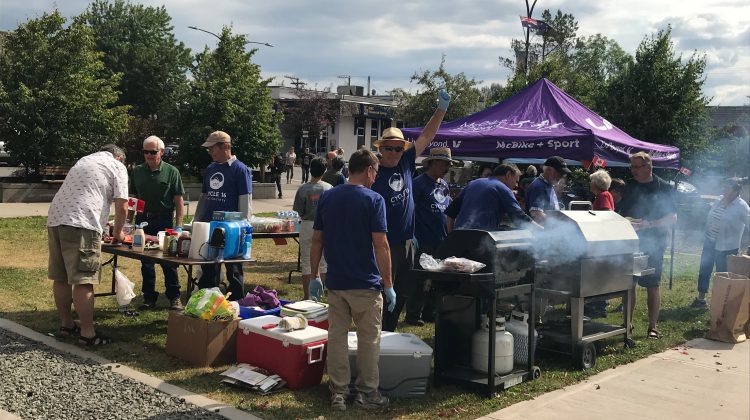 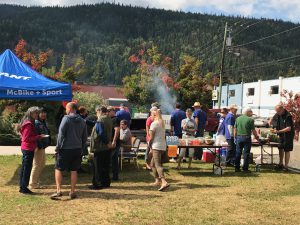 Smithers residents gathered by the dozens this afternoon for a lunch with Nathan Cullen in Bovill Square.

This year’s annual barbeque organized by the Skeena-Bulkley Valley MP raised funds for wildfire evacuees instead of going to the Cycle-16 Trail Society, who co-hosted the event.

When hearing of residents in the Bulkley-Nechako region choosing to stay home during an evacuation order and fight the fires themselves, Cullen says he understands and sympathizes the decision.

“You’ve got to listen to the fire officials though. You hear the stories of how people end up dying and they try to get out, they try to run their trucks, and again, with the intensity and the speed of these fires, it’s just not something people are used to.”

He adds it takes more than a cookout in Smithers to help the current wildfire situation, which has a dozen major blazes of note within the Northwest Fire Centre.

“Every dollar we raise today is going to be doubled up by the province before sending it on to the Red Cross. I’ve been speaking with so many evacuees, and for them, every little bit helps. That could be another hotel room, another meal, something to help them with their animals that they got to go back and recover, gas money, and everything else.”

Cullen believes it’s a good thing to have Prime Minister Justin Trudeau and BC Premier John Horgan come to the North and visit with first responders, providing moral support in a time of crisis.

He also encourages those on an evacuation ORDER to seek help in any way they can.