Initiative to combat homelessness is under construction 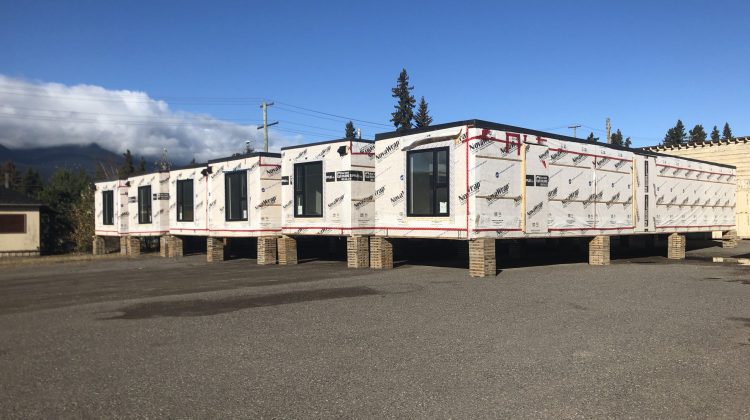 Construction has begun on the BC Housing initiative to combat homeless in Smithers.

BC Housing owns the building on land that is being leased by the Town of Smithers.

Smithers Community Services will then be in charge of the units and the tenant applications.

Executive Director for Smithers Community Services, Cathryn Olmstead says the application process will be open in about a months time.

According to, Olmstead there will be 20 one bedroom units, two for wheelchair access, and two units that have two bedrooms.

Applicants must meet a certain income threshold which can include signing up for social assistance.

Olmstead says homelessness can mean many things, adding that sometimes it means a person who has a job but does not make enough to afford a permanent place to live.

Not all of the units will be long-term housing, Olmstead says some will be set aside for the Broadway Place Emergency Shelter to use for short-term housing as needed.

Mayor of Smithers, Taylor Bachrach says, “I think the goal of the project is really to move from a shelter model to a stable housing model. The current shelter has a limit in terms of the number of days you can stay there. ”

The project is estimated to finish by the end of December, but Olmstead says in her experience projects like this can sometimes take longer to complete with a lot of negotiations still going on behind the scenes.