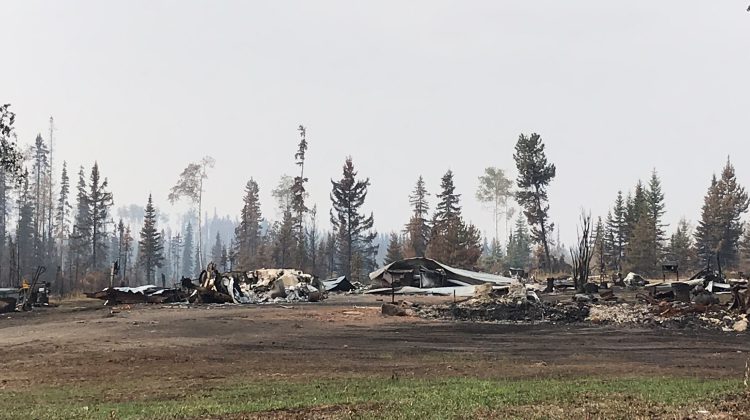 A lost property from the 2018 BC Wildfire season | Kyle Balzer, My Bulkley Lakes Now

The Regional District of Bulkley-Nechako (RDBN) is reaching out to the Province and Red Cross to get access to possible unspent funds for wildfire damage.

Regional District Chair, Bill Miller said in a press release that “the discrepancy between the financial support available to BC residents impacted by the wildfires in 2017 and 2018 is significant.”

Miller says that the Red Cross has approximately $100 million in unspent wildfire relief from the 2017 season.

Chief Administrative Officer for the RDBN, Melany de-Weerdt said that a small portion of this money would go a long way to helping residents.

Last year, de-Weerdt said that there was more funding for residents who lost their houses and had to replace refrigerators due to power outages.

“We need a level of support that is comparable. Our citizens should be treated fairly and equitably in comparison to the rest of the province,” said de-Weerdt.

The RDBN has sent letters to both the province and Red Cross.

“The two need to work together to figure out if there is a lack of funding from the province or if there are unspent funds the province has already constructed that could be carried over,” said de-Weerdt.