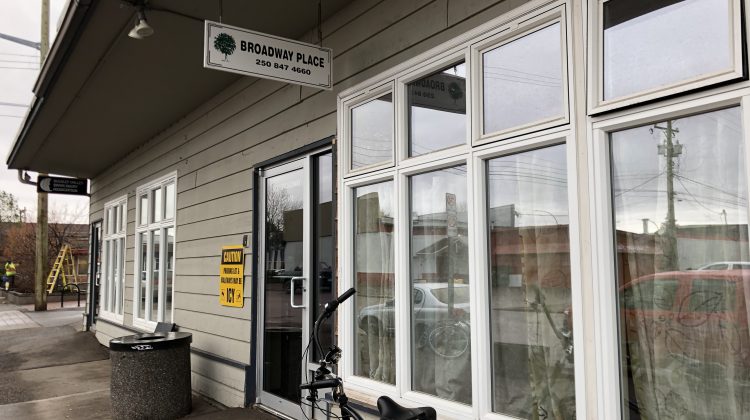 The outside of the Broadway Shelters in Smithers on November 5, 2018 | Photo courtesy of Sawyer Bogdan

As winter approaches, the demand for extra shelter beds is not high in the Town of Smithers.

The government of British Columbia released its list of additional shelter spaces for the cold weather, with only two extra beds added to the Broadway Shelter in Smithers.

Executive Director for Smithers Community Services, Cathryn Olmstead says they have been participating in the agreement for several years but the extra beds “are not used that often.”

“It is so lethal for people when it is cold. I think people somehow find other resources apart from the shelter to stay alive in the future,” said Olmstead.

Out of the 65 communities adding extra beds, Smithers had the lowest numbers followed by Kitimat with four spaces and Nelson adding five.

Olmstead added although the size of the shelter is only able to accommodate two extra beds they have only had an issue of needed more space a handful of times.

“Even though those extreme weather beds are not often utilized there is still a lot of folks who are cold, and we really rely a lot on community members for things like, hats and socks and coats,” said Olmstead.

Smithers Community service in conjunction with BC houses is in the process of taking additional steps to further eliminated homelessness in Smithers.

They are in the process of building 24 modular homes for people on social assistance and can’t find an affordable place to live.

Olmstead said the application process for these homes will hopefully be open by the end of November.