Wait times cut in half a plus for Northern BC landlords, renters 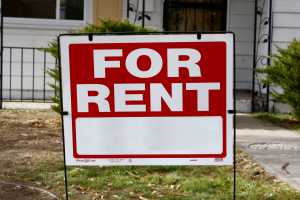 Renting disputes in the North are common according to Landlord BC.

They add resolving those issues can take forever, but as a result of the BC government appointing 15 additional staff members to the Residential Tenancy Branch (RTB), faster wait times are expected for Prince George.

Landlord BC Operations Director Hunter Boucher says problems may vary, but the application processes are getting the same improvements.

“In situations for landlords needing an order for possession to enforce that is a tenant is vacating a unit after tenancy has ended, that hearing wait time has gone down from 11 weeks to just under six weeks.”

That in itself is a 47% reduction, and Boucher goes on to explain how monetary orders will now proceed.

“And this could be from a landlord or from a tenant, if they have a claim against the other party for some type of amount of money, the hearing wait times from that have gone from 26 weeks, half a year, to 14 weeks [51%].”

As Boucher further explains, Landlord BC hosted a session in Prince George earlier this month, where dispute issues were among the topics discussed, which likely led to the province’s decision.

“The Residential Tenancy Branch has done quite a bit of work over the last year to certainly try and make those improvements to the process problems. There’s currently a housing crisis in many communities having access to this does increase confidence that they will have their issues heard in a timely manner.”

He believes this will bring justice to all communities dealing with tenancy issues, both urban and rural.