Clans join together to block LNG from Unist’ot’en territory 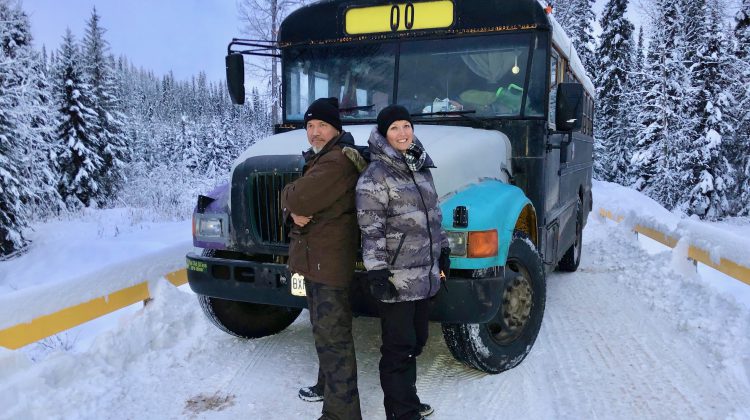 Molly Wickham, a member of the Gidimt’en clan (right) with fellow protestor on Morice River road protesting the injunction to let Coastal Gas onto their territory on December 17, 2018 | Photo by Sawyer Bogdan

After a judged approved an injunction against the Unist’ot’en for blocking the Morice River Bridge, other Wet’suwet’en clans have stepped in.

The blockade has been moved onto Cas Yika territory, a member of the Gidimt’en clan 44 km before Unist’ot’en territory.

Molly Wickham, a member of the Gidimt’en clan, said the five clans of the Wet’suwet’en are banning together to protect their territory.

“Now that the injunction has come down it’s a safety risk to all of our territories and all of the people on the territories,” said Wickham.

Wickham is one of the people enforcing the access checkpoint alone the Morice River logging road.

She said they are only letting those through who are going to be respectful and not damage the land.

At this point, they are letting all Canfor Sawmill trucks come and go along the road.

At a court hearing on Friday, a judge stated they had until Monday at 3:30 pm to let Coastal Gas Links onto the Unist’ot’en territory to start construction.

As of 8 pm Monday night no one had shown up to enforce the injunction.

The temporary injunction is in place until May 31, 2019, to give the Unist’ot’en more time to prepare a response.

The Coastal Gas Links pipeline is part of the LNG project, estimated to generate $23-billion in public revenue over the next 40 years in BC.

The project is estimated to employee 10,000 people in the construction of the pipeline and then 950 people once they finish construction.

The Hereditary Chefs are the ones who have the final say and the power to make agreements on behalf of the nation about their territories.