Above average temperatures for the weekend 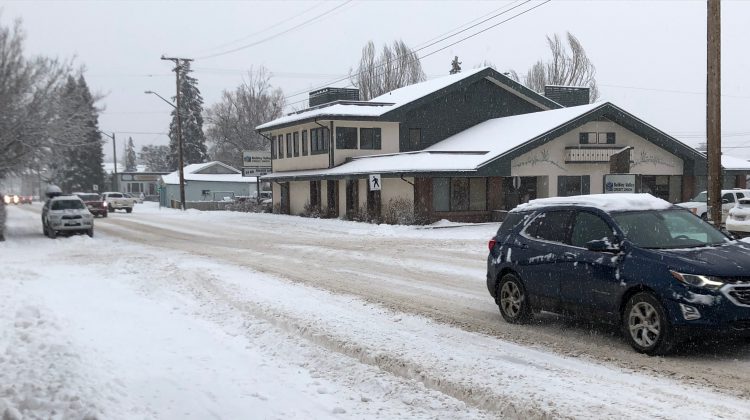 Snow and road conditions on Queen Street in Smithers on December 14, 2018, | Photo by Sawyer Bogdan

Heading into the weekend, residents in the Bulkley Valley can look forward to above average temperatures.

Meteorologist for Environment Canada, Bobby Sekhon said for Friday and Saturday the temperature is going to stay at -4 degrees, dropping down to -5 degrees overnight.

“Sunday with the snow we will get into a high of -4 and then -10 overnight,” said Sekhon.

Sekhon said residents would see around 5 centimetres of snow Sunday and then it would take a break for Monday.

He said the snow would continue to fall again on Tuesday, but the exact amount is unknown at this time.

There were two significant weather events over last weekend.

The previous record was 4.6 millimetres set back in 2013

On December 29 the area also set a new record with over 18.2 millimetres of snow beating the previous record of 14 millimetres back in 1958.