USW union reaches impasse with Canfor operations, back to the table with Conifer 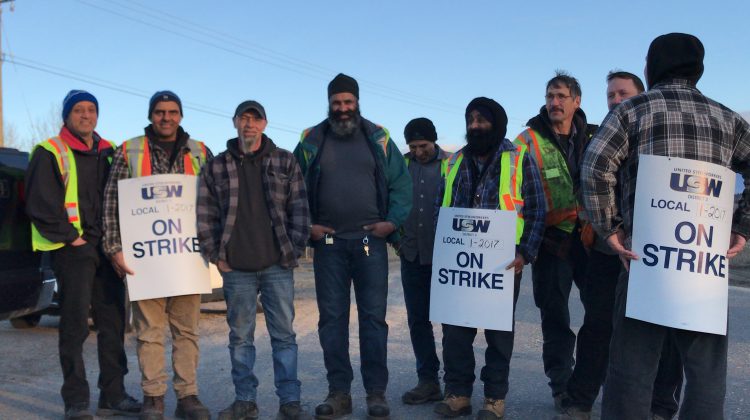 Photo courtesy of MY PG Now

After a day negotiations, the United Steelworkers Union has announced they are at an impasse with a trio of Canfor Mills in Prince George and Chetwynd.

The impasse was reached between the PG-based Polar and Plateau Sawmills last week with no new talks planned at the moment.

In an interview with MY PG Now today, Local 1-2017 Union President Brian O’Rourke stated they finally made some headway with Conifer.

“During those negotiations, they also had the spokesperson for Conifer also sitting in at those three independent operations at which time, we were invited back to the table with Conifer and will be back to the table on the afternoon of February 11th.”

O’Rourke sees the move by Conifer as a positive step as the Steelworkers Union broke off talks back on September 28th and have not had any discussions with them since then.

Contract talks with Interior Forest Labour Relations Association in mid-January saw some progress made but not quite enough to get a deal done.

“Unfortunately, we didn’t strike a deal, we made some significant moves on important issues, the employer group, the association, and the southern interior didn’t feel we made quite enough moves to get a deal done. Therefore, we broke off with them.”

Workers at the PG and Cariboo-based facilities are maintaining a positive outlook despite the labour uncertainty.

However, O’Rourke states one negative continues to hang over the industry.

“The only uncertainty out there today obviously is that the price of lumber has dropped, employers are still talking about high-log costs, access to fibre and those sorts of things and some curtailments have taken place and more of them are to come in the very near future.”

Unionized members of CONIFER and the IFLRA remain in legal strike position.

The union represents 13 sawmills in Northern B.C. including Tolko in Quesnel and Williams Lake, the West Fraser planer mill in the Lake City and Dunkley Lumber.

The Houston and Mackenzie sawmills run by Canfor have added one-week curtailments during the first quarter of this year.

This includes over 1,500 forestry workers.