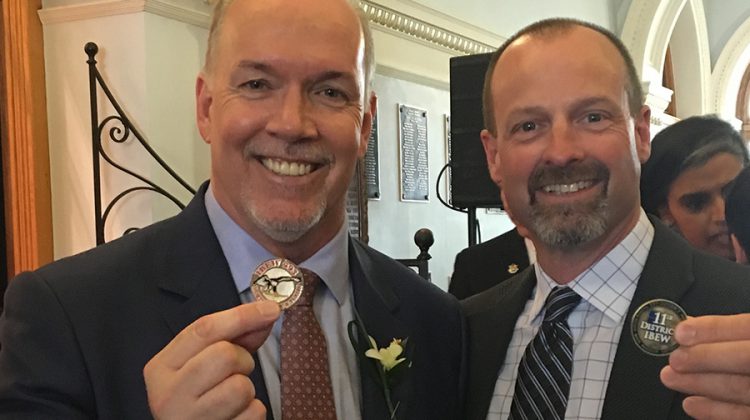 The BC Federation of Labour believes the 2019 budget has a few items Northern residents can take advantage of.

One of them is the increased investment made into Employment Standards, which deals with minimum wage, call out hours, and overtime.

In an interview with My PG Now, President Laird Cronk stated under the BC Liberals, this program was terribly mismanaged.

He adds many affordability pieces exist in the 2019 provincial budget, building off of the previous year.

Cronk says there are a few things Northern BC families can look forward to, making life more affordable.

“Reducing MSP Premiums to zero at the end of the year, which was premiums for people and there is also a new child development fund, which can be up to $1600 per child, $2600 for two children and that funding now instead of stopping at age six can now go up to age 18.”

The NDP also invested $10 million dollars into the Coastal Forest Sector Revitalization project, something Cronk says could be a first step in helping the industry.

“It’s not going to be easy for this government or other governments to bring that back but it’s an important thing that needs to be brought back and this is the step and the ten million dollars is not the end all be all for the forestry sector but there is a piece here to try and revitalize the industry.”

“It doesn’t make sense that we ship logs out of the country when there are mills that are going unused in BC, the logs should be tied to the work here.”

The BCFED is also excited about the Clean BC investment by the province to the tune of 902-million dollars.