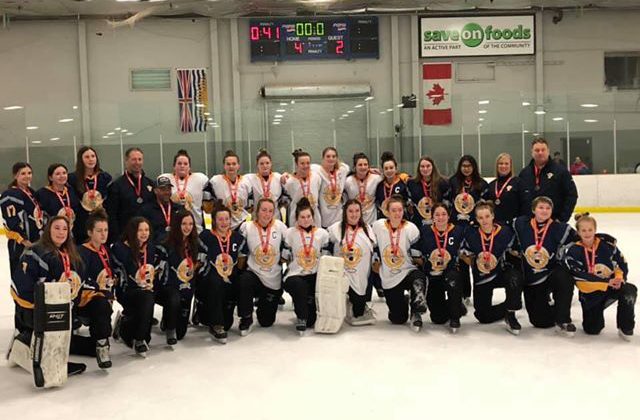 The Houston U16 and U19 Ringette teams made their town proud in Prince George this weekend.

Both teams finished second in their categories as part of the BC Provincial Ringette Championships.

Margaret Regnerus has a daughter on the U16 team and says it was an incredible experience for a small town to score so big.

“For a little town of 3000 to play in the gold-medal game for both teams, it was pretty amazing.”

She adds that, for many girls on the U19 team, it was their last chance at competing in such a competition.

“Some of those girls are graduating and that was their last big tournament, so it was a really big deal to go and represent Houston.”

The Canadian Ringette Championships will be held April 7-13 in Prince Edward Island.