Buckle up: ICBC says drivers can face fines for unfastened passengers under the age of 16 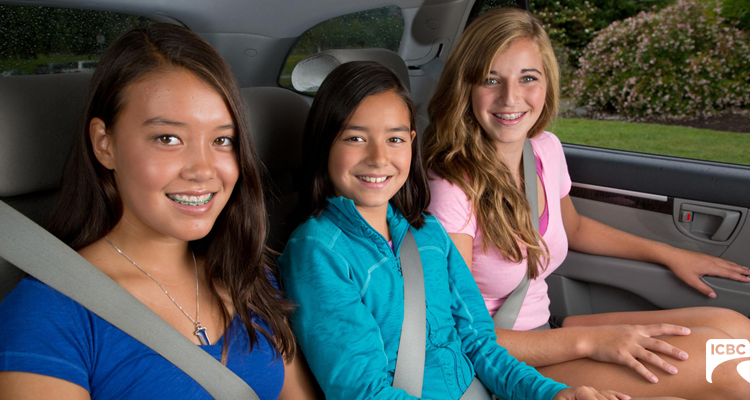 With the weather getting warmer, more vehicles will be out and about enjoying what Northern BC has to offer.

ICBC reminds people to buckle up before hitting the road as drivers are responsible for ensuring any passengers under the age of 16 have their seatbelts on if not, that can result in a fine.

In an interview with MY PG Now, Road Safety Spokesperson, Doug MacDonald believes drivers often decide not to buckle up during their shortest commutes.

“In a crash, it happens very, very quickly because we don’t plan on having a crash. When we plan on going out for these short little trips without the seatbelt on, we think it’s not going to happen to us but that’s exactly when it does happen.”

The fine for not having your seatbelt on is $167.

In BC, any child 40 pounds or less is required to wear a booster seat while anyone over the age of nine can wear a seatbelt while riding in the back seat.

“So if somebody doesn’t have a seatbelt on they are just like an object in the vehicle that’s going to roll around and if that vehicle is involved in a crash it’s much like putting a shoe in the dryer. You’ll see how that shoe goes around and it won’t slide out of the window smoothly.”

“One of the things we look at now is the vehicles are so much safer now than they have ever been. We’ve got all of those different types of airbags and one of the things is that they work simultaneously with the seatbelt systems  so if you’re not wearing your seatbelt, that airbag is coming out from your passenger seat between 200 to 300 kilometres an hour, which is incredibly fast and happens in a split second.”

DYK? Drivers are responsible for ensuring that passengers under 16 are properly restrained and could face fines for each passenger that isn’t properly buckled up. #BuckleUpBC @RoadSafetyBC pic.twitter.com/9i9PqWYlWg