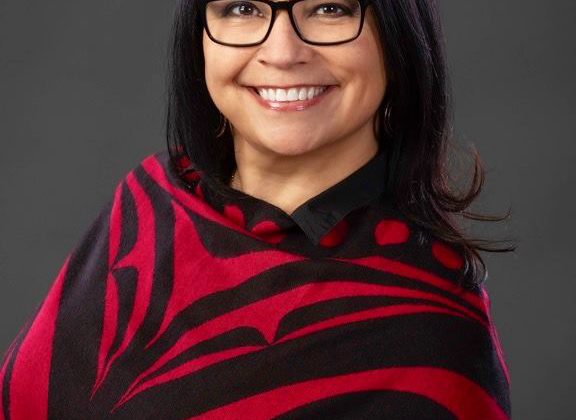 Mary Teegee is looking to follow in her brother’s footsteps and become Tribal Chief of the Carrier Sekani Tribal Council.

She has previous experience with Carrier Family Services and also has the educational background getting her Master’s in Business Administration.

Teegee went into detail on the type of skills she acquired from her brother Terry who is the Regional Chief of the BC Assembly of First Nations.

“He’s a very dedicated hard worker and I think both of us are that way. I think our hearts are for the people and that’s how they’ve decided to be in service tour nation, our public so I think that is what’s been key.”

“I think that is where he was really influenced me is to really listen to the people and to be discerning. He’s quite poised in very heated negotiations so I think I have also gotten that from him.”

Teegee believes it’s a very exciting time for the Carrier Sekani who explains what direction they should go if elected.

“What we need to do now that we have the resources is really engage with our members and seeing what kind of governing structure they need, what kind of accountability framework do we need and how do we ensure everyone within the tribal council can enjoy the resources.”

“It’s really an unprecedented time as we have never had the work levels of government committing to the declaration of the United Nations of Rights to Indigenous People or the Truth and Reconciliation calls to action and we’ve also within the tribal council some major agreements that are going to be signed and that will lead to a comprehensive reconciliation agreement.”

Teegee believes this is the time for her to go to the next level and look at how the Carrier Sekani’s governing structure within their hereditary and chief and council systems can be best served.

Teegee will be running against Kathaleigh George and Mina Holmes resulting in an all-female election.

It will be held on March 21st.