Snapchat is changing the way you apply for jobs 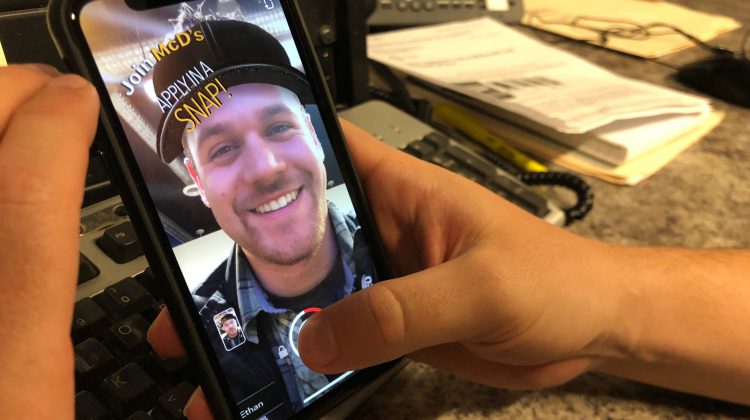 With the development of online forms and websites like LinkedIn, people have more options to make a good impression on employers and is about to go a step further.

McDonald’s is the first brand in Canada to allow job seekers to apply through Snapchat.

As part of a one-day virtual hiring event, app-users can submit a 30-second video to the McDonalds hiring portal saying why they want to work for the company.

Ken Newell, Operations Manager for Kopar Administration, an employment agency in Prince George said he is excited to see new technology but does not think it will ever eliminate the paper application.

I think it definitely will appeal to the younger groups at this point and time because that’s what all young individuals are doing.”

Newall said one concern he has is it may allow for bias in the hiring process.

“Years ago they talked about putting your picture on your resume and then that was take away because that can show your age, so you could be age discrimination against, that could show racial or regions connotations.”

For now, Newall said he is sticking with a “let’s wait and see what happens” attitude.