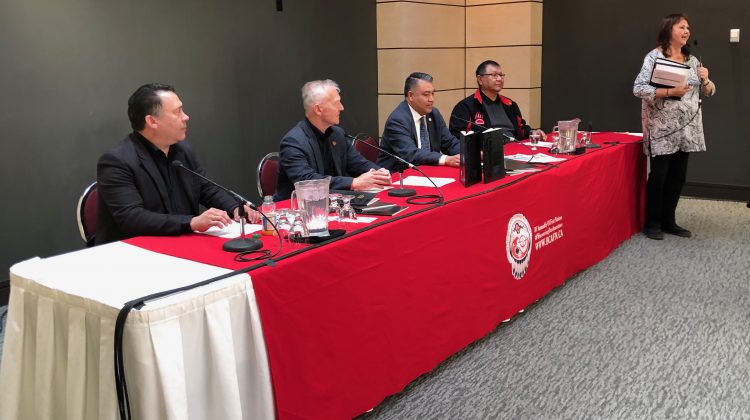 Supported by $2.24-million, the BC Assembly of First Nations (BCAFN) will continue to develop and implement its economic development strategy.

The Province will disburse the funds over the next two years.

Regional Chief Terry Teegee said the funds will help the completion of The Black Book, a guideline designed to show communities how to develop their economies and address challenges.

“One of the biggest barriers is how does a small community get the pieces they need to deal with economic development.”

Teegee said the goal is to figure out how First Nations can get involved in projects like oil, gas, and mining to further their economies.

“First Nations communities must become economically self-sufficient and fully engaged in all aspects of activities on their traditional territories.”

As it continues to move forward, the BCAFN strategy will include economic reconciliation and governance efforts that will support economic development among First Nations, including exploring ways to promote Indigenous efforts, through discussion papers, draft policies, and regional forums.

There is also an annual province-wide economic development forum that brings together First Nations, industry, as well as the government to discuss opportunities and wealth creations for the Indigenous communities.

With Files from Ethan Ready