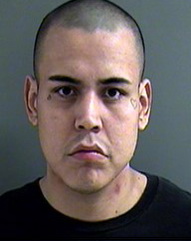 The Prince George RCMP are requesting the public’s help in locating a missing person that has not been seen in almost two weeks.

Teddy James Lowley is believed to be in the Northern Capital but also has family in the Quesnel and Smithers areas.

According to RCMP, they received a report of Lowley’s disappearance on April 27th, and they haven’t been able to confirm any sightings of him since the 25th.

He is described as a First Nations male, standing 6 feet tall and weighing about 200 lbs. He has brown eyes with short black hair that may be dyed purple and red. He has a tattoo of a heart near his left eye and a tear drop near his right eye.