Does Canada need laws for abortion? 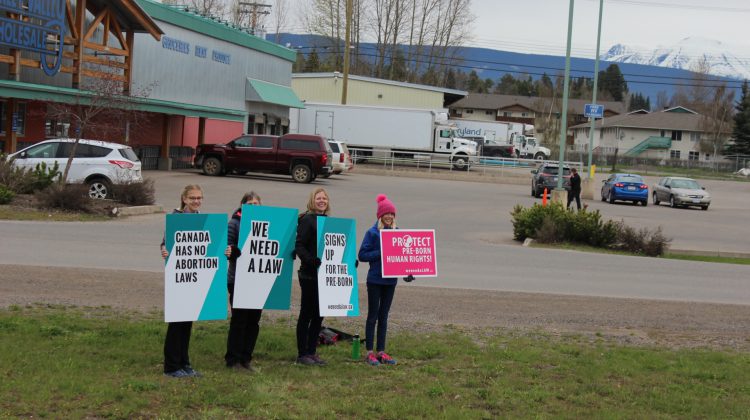 Women and girls in Smithers raising awareness about the lack of abortion laws in Canada. | Photo courtesy of Ruth Bredenhof

A Smithers group is protesting the fact Canada does not currently have a law prohibiting abortion at any stage of pregnancy.

Coordinator, Ruth Bredenhof said groups of people are standing along the highways with signs calling for action.

“We would like to encourage everyday Canadians to realize that there is no protection for the unborn baby.”

Bredenhof said a good starting point is to follow the lead of other countries like France and Germany where there are laws that protect after 12 weeks.

“Ninety per cent of people have their abortion in the first trimester the first 12 weeks after conception.”

According to Ipsos poll, only 53 per cent of Canadians believe abortion should be whenever a woman decides she wants one.

“A lot of those abortions are arranged for people after that 13 weeks are very sadly a wanted pregnancy where something devastating has turned up.”

Norman added if there are serious medical issues with a fetus, information about that is not usually available until after the first 12 weeks