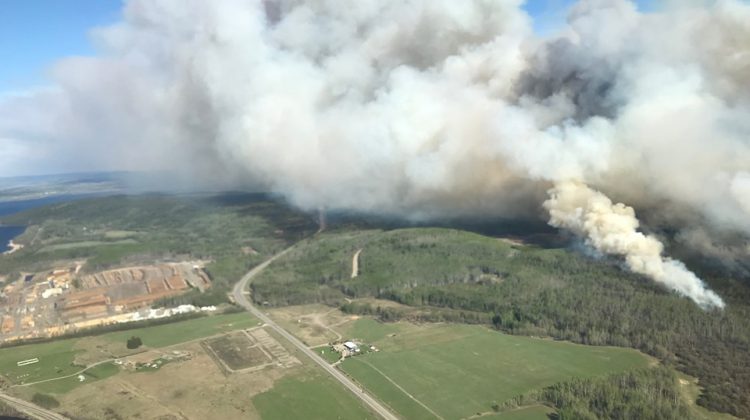 “We were really impressed by how quick it (Lejac Wildfire) was addressed,” Chair of the Regional District of Bulkley-Nechako and Vanderhoof Mayor, Gerry Thiessen told MyPGNow.

According to Thiessen, the fire flared up on Saturday at approximately 3-o-clock in the afternoon, five kilometres east of the Fraser Lake.

“The fire went from about four hectares at about 4-o-clock to about 260 hectares by the evening, and so that was a very concerning fire that happened at that point,” said Thiessen.

Thankfully, fire crews were quick and prompt in their response with 50 per cent of the fire contained when the latest update was made and 70 per cent fire guarded.

“The other 30 per cent seems to have some natural barriers, either the lake or things like that,” said Theissen.

According to Molly Blower of the BC Wildfire Service, the Lejac Wildfire has been remapped at 236 hectares.

Also, what was initially classified as an evacuation order, has since been downgraded to an alert.

Despite the positive response by fire services, Thiessan errs on the side of caution with the upcoming long weekend.

Thiessen says with the current weather conditions we’re experiencing, on top of not experiencing any major forms of precipitation since January, it’s important people are careful with their outdoor activities.

“We really want people to enjoy the backwoods this weekend, but just to be sure they’re careful so we don’t have any more fires.”