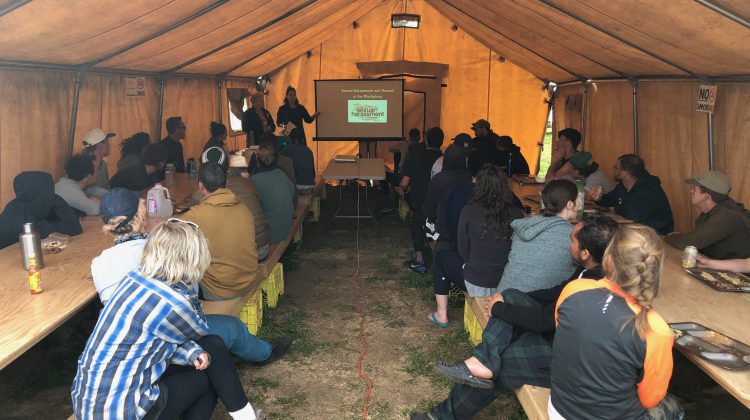 The Northern Society for Domestic Peace (NSDP) is expanding its Campus Assault Program to include tree-planting camps.

As summer gets underway, NSDP is traveling around the to camps to give information on workplace sexual assault and harassment, as well as safe bystander intervention.

Airika Owen, the Executive Administrator with NSDP, said it’s not that there is an increased risk it’s that it’s harder to access services.

“When you are working 200 km out in the bush at a remote camp often times without cell service, your ability to even call or reach out to family and friends is a lot harder.”

She added that the camps are not unlike college campuses.

“Just like a university campus, planting crews are living, working, socializing and sleeping on site – often far from home and surrounded by new friends and people they don’t yet know well.”

Part of the talk addresses the topics of consent and how to intervene in a situation if it is making someone feel uncomfortable.

Owen said one of the goals is to get people to start watching out for each other and support one another in these isolated areas.