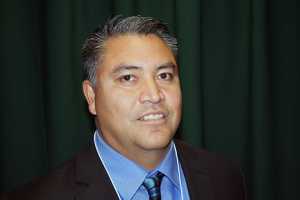 He believes Ottawa played the role of judge, jury, and executioner during the decision making process.

“Regardless of where you sit in on this, I think from a First Nations perspective if you are approving or not approving it I really believe we need to be properly engaged in terms of making decisions.”

The TMX is an expansion of existing oil pipeline going from Edmonton to Burnaby with an expected seven-fold increase in tanker traffic.

Over 35 BC First Nations will be impacted by the project.

Teegee adds there is still plenty of risks when it comes to First Nations in the province.

“Much of the tanker traffic in the Vancouver-area and the Sailor Sea, I think those First Nations will be greatly affected and the fact that it would be two pipelines and much of that land is where most people are concerned.”

Teegee anticipates further delays in the project even though the feds have signed off on the natural resource project once again.

“And perhaps on the land where First Nations will be there and perhaps many Canadians will be on the ground too protecting their rights and abilities to make decisions on the project.”

“I don’t think shovels will be in the ground this summer, at the earliest perhaps this fall, and even that is not a done deal in terms of the activism that many First Nations will be active on.”

Prime Minister Justin Trudeau added his government is open to First Nation ownership in the expanded pipeline, ranging from 25% to 100%.