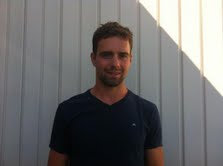 He’s still got one year left on his contract.

36-year-old Dan Hamhuis, a former Prince George Cougar (1998-2002) and part-owner of the franchise, is readying for his 16th season since entering the league back in 2003 after spending his first year after junior in the American Hockey League with the Milwaukee Admirals.

“At this age, it gets a little harder every year to play at a high level,” Hamhuis told MyPGNow. “I’m still feeling really good and summer training has gone well.”

In 1,088 games in the NHL, the defenceman has tallied 59 goals and 289 assists (348 points) while playing for the Nashville Predators, Vancouver Canucks, and Dallas Stars.

“I’m just going to take it year-by-year and see what happens. (I’ll) make a decision at the end of this upcoming season.”

After being drafted by the Predators 12th overall back in 2001, the native of Smithers went on to spend six years in the Music City before signing with the Canucks after becoming an unrestricted free agent in 2010. He’d then spend the next six years in the lower mainland. From there, he’d sign with the Dallas Stars before ending up back in Nashville on a two-year contract.

In 57 games with the Preds last season, Hamhuis notched five points (all assists) while missing a chunk of the season with a leg injury.

As age begins to lead Hamhuis toward the consideration of retirement, he mentioned that he’s certainly not considering to close the door on hockey, adding that he’s contemplated a transition into coaching.

“I’ve been thinking about it,” Hamhuis said. “I think it’s good to prepare your mind for what could come after hockey. Being involved with the Cougars could present some opportunities, I’ve got a few other things going on as well.”

Hamhuis spent the weekend in Prince George, being a last-minute addition to the Cougars Alumni Hospital Charity Golf Tournament after his initial weekend plans fell through.

“It’s never an easy transition. You talk to a lot of guys who are retired and they say there are always challenges. Hopefully being involved in some of these things can make that a little easier.”

While partaking in the golf tournament, Hamhuis addressed the absence of Gary “The Commish” Samis who had passed away this past May after suffering a heart attack. Samis had been the Chairperson of the event since its inception and served as the Cougars’ Corporate Sales Manager.

“He’s been such a big part of the Cougars organization and especially this golf tournament,” said Hamhuis. “His personality and the positive energy he would bring wherever he went, when you talked to him, your day got better when you talked to Gary.”

As for Hamhuis’ performance on the course, he stated, “it doesn’t really exist. I don’t play golf much at all.”

The weekend marked just his second round of 18 in two months, perhaps an evident sign of all of that off-season preparation he’s been putting in ahead of a contract-year back in Nashville.

Hamhuis will also be a participant in the Smithers Celebrity Golf Tournament, which is being held through the weekend of August 8-10.