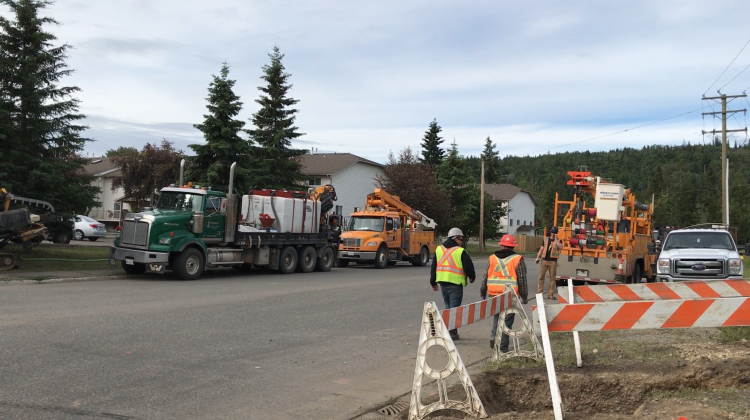 Summer is a time to kick back and relax and to take a much-needed break from the daily grind.

However, the warm season also signals the peak of the construction season as places like Prince George and Northern BC are no exception.

WorkSafe BC has launched its Cone Zone campaign for the ninth consecutive year and spokesperson, Trina Pollard told Vista Radio roadside workers are still at too high a risk of getting injured or killed while on the job.

“Between 2009 and 2018, 13 roadside workers died and another 213 were injured and missed time from work as a result of being hit by a motor vehicle.”

“There’s also more British Columbians on the road doing things like summer road trips and it puts these roadside workers at an increased risk of danger of being hit by a motor vehicle.”

Pollard also touched on why it’s important to slow down and pay attention when driving through these areas.

“Each one of us can sort of relate to being busy and distracted with having different things on our mind when you are in the car driving it’s really important to remember that in cone zones that every roadside workers deserves to go home to their loved ones at the end of their shift.”

“These are human beings that are helping us build the roads, doing the landscaping and telecommunications or towing cars. We really need to remember that when we see those cone zones or we see roadside work to slow down and pay attention.”

In 2018, two roadside workers were killed and 29 were injured in the province.

Prince George and Northern BC drivers to watch out for flaggers, road signs and to leave your phone alone so you can get to your destination safely.