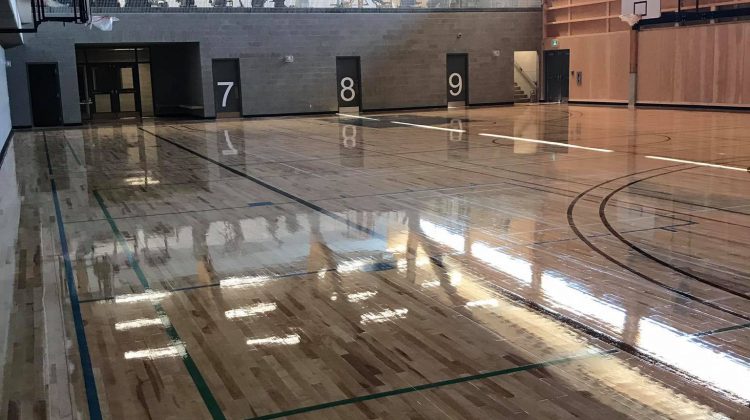 Inside the gymnasium at the Upper Skeena Rec Centre. (supplied by: Julia Sundell)

The long-awaited rec center will have the grand opening on Sept.14. It contains an NHL sized ice rink, a gymnasium, a fitness center, a conference room, and a walking path.

The original ice rink that was in Hazelton was deemed unsafe because part of the roof was lifting. The roof was taken off and was still used as a rink before there were plans to build the rec center.

Julia Sundell, Upper Skeena Rec Centre General Manager said the original plan for this center was to only be an ice rink.

“They came across some extra funding to include a gymnasium and fitness center, so that was the plan that developed to the formation,” said Sundell.

During the construction phase of the building, there have been some hiccups causing the opening date to be postponed. The building was expected to be open in either December or February.

Sundell also said the rec center is long overdue but they are excited to get it open.

“I know the community has lost a little bit of the excitement of this facility with the delays but I’m hoping when we open up the community comes to see the beautiful building that we have,” she said.