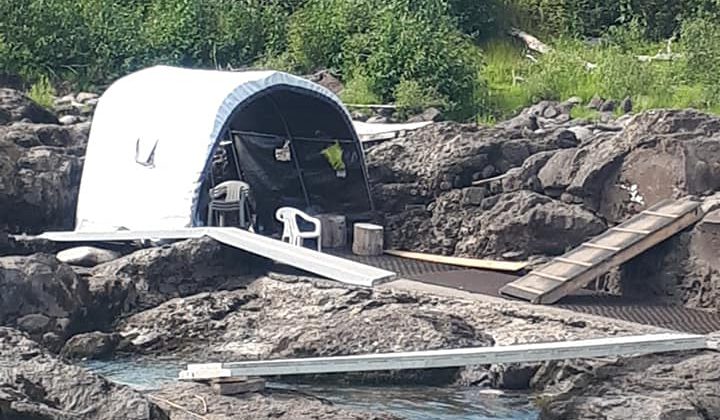 A campsite at Moricetown Canyon (supplied by: Aleah Neville)

A man caught on video that is taking social media by storm has been suspended from fishing in Moricetown Canyon.

The man whose name has not been released was seen clubbing salmon and then throwing them back into the water.

When the Wet’suwet’en nation became aware of the situation they talked to the individual with Chief Na’Moks, the Morricetown chief as well as the fisheries personnel.

Chief Na’Moks said the nation decided to suspend him from the Moricetown Canyon.

“We came up with the idea to keep him out of the canon because number one to teach him a lesson so, he never forgets and never does it again and also the fact that he needs to learn respect for all animals”, said Chief Na’Moks, who added this situation is a rare occurrence.

“We do respect our salmon of all species and the reason why we are here is because of our salmon and just the fact that we dealt with it internally ourselves, the traditional way which, involves the chiefs,” said Chief Na’Moks.