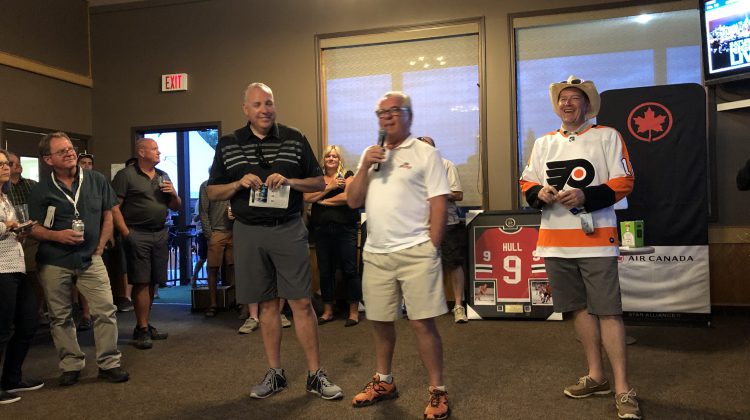 Saturday was a busy day at the Smithers Golf Course because the Air Canada Smithers Celebrity Golf tournament was back for another year.

Kent Delwisch, co-chair of the Air Canada Smithers Celebrity Golf Tournament said partnering up with foundation and cancer care team was a no brain-er for them.

“There’s nobody that is immune to going to the doctor or susceptible to emergency situations or family that are affected by cancer, that affects everyone,” said Delwisch.

The event wouldn’t happen if they didn’t have anybody that participates Delwisch added.

“It’s really important that we thank everyone and we encourage them to participate. That’s all part of putting on such a great event,” said Delwisch. 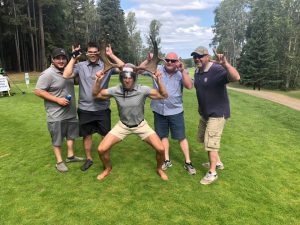 Marco Iannuzzi and his golf team (supplied by: Shane Loughran)

The winner of the event this year was half of Cross Parallel duo Danielle Marie with the Bulkley Valley Financial Services.

The group ended up getting 20 under par.

Marie said she couldn’t do it without the team she ended up on.

“I really lucked out, I’m not really an avid golfer and I ended up on a team with a college golf student and his dad and his dad’s dad who are all very very big into golf so, I learned a lot,” said Marie.

She also had the opportunity to play with her band and Faber Drive throughout the weekend.

“Everyone is just so welcoming and fun to be around there and just the other celebrities were just so great with cheering us on so, it was definitely one of the coolest shows I’ve played,” said Marie.

The Bulkley Valley Health Foundation will be putting the donation towards the Surgical Speciality Enhancement campaign, which is a project to bring in new surgical equipment to the Bulkley Valley District Hospital.