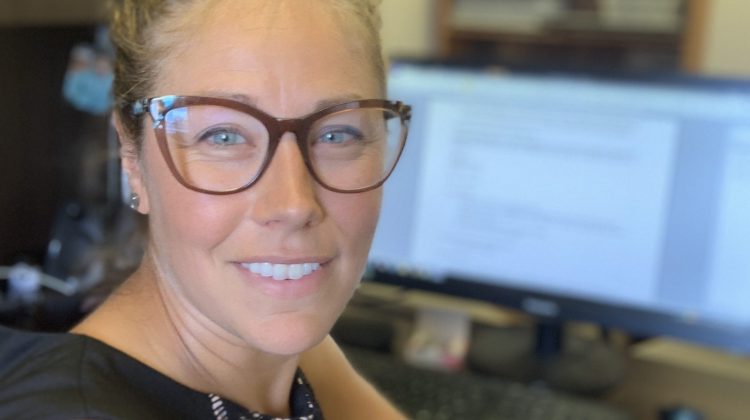 The Smithers Chamber of Commerce has a new manager.

Sheena Miller took over as manager on August 6th after Heather Gallagher retired.

Miller wants to serve and promote the general business community and what a great place Smithers is to live. Being in the management position she can do those kinds of things.

Her first week of being in the Chamber was getting caught up to speed on everything that happens and what they really do.

Miller said she was surprised at how much the chamber does internally.

“I thought I had a really good idea of what the chamber did before and once I’m really in the hot seat for a week, I really get to see through all the files and emails and seeing how the chamber organizes, how much they connect, how much they support the municipality,” said Miller.

Before she began at the Chamber Miller used to be an on-call teacher for School District 54 and owned her own events and communications company.

“People were pretty positive to have me in the position but we all know Heather left such big shoes to fill. The previous manager was just so full of energy and passion and commitment to the chamber. People were quick to congratulate me but also recognize the great job that Heather did,” said Miller.

The Smithers Chamber of Commerce works on different events like Music on Main, Northwest Trade Expo, and the Business Award Gala.