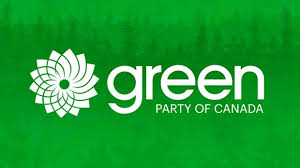 The Green Party has released its 2019 platform for the upcoming election.

There are two parts of the platform one being the Green Party as a whole and what they’re focusing on and the other one being what each MP will focus on.

Sawyer says his main approach for his campaign is climate change.

“If we don’t actually become more sustainable and more in tune with what nature can accommodate for the long run we are in for some major economic crashes,” he said.

Sawyer also said the Green Party platform is available on their website.

“I’m going to be having my web page up and running, I’m hoping by the end of the week and some of these things will be there. It will probably be there in dribs and drabs but it should all be there by next week,” he said.

The federal election is expected to be held on October 21.