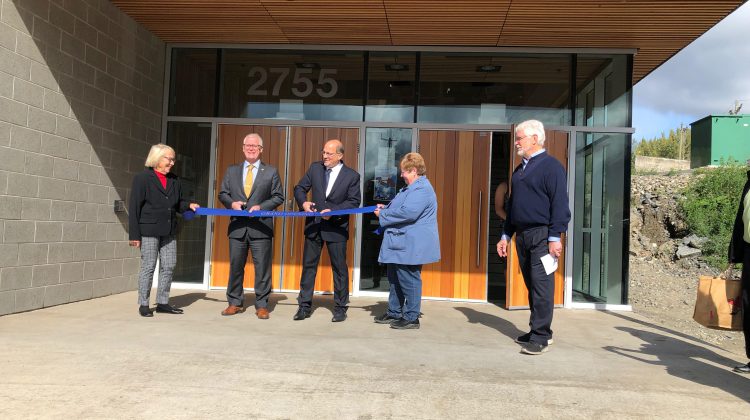 It was a long wait but the Upper Skeena Recreation Centre in Hazelton is officially open.

On Saturday (Sept 14) community members, dignitaries and people who have worked on the rec center gathered in the conference room to celebrate the grand opening.

It has been in the process for the past seven years, from fundraising to the construction of the building.

MLA Doug Donaldson said it was great to be invited to the grand opening.

“Rural communities have lots of things to contribute to the rest of the province and when people pull together amazing things can happen and this is an example of that,” he said.

During the opening ceremony, the Upper Skeena Recreation Centre was awarded $5,000 from the TGP Fresh Giveaway. The Gitanmaax Market had to choose an organization that they thought would mean the most to the community, so they chose the rec center.

Bachrach said he was honored to be at the event.

“This is a project that’s been a long time in the making and I’ve been looking forward to this day for a long time, I actually brought my skates and my hockey stick they’re out in the car, I’m hoping to take a couple of laps of the ice,” said Bachrach.

Donors who contributed to the center were thanked by the chair of the fundraiser committee Peter Newbery.

Towards the end of the ceremony, Peter Newbery and his wife Lynn Newbery were surprised with the conference room being honored to them for being a big part of the opening of the rec center.