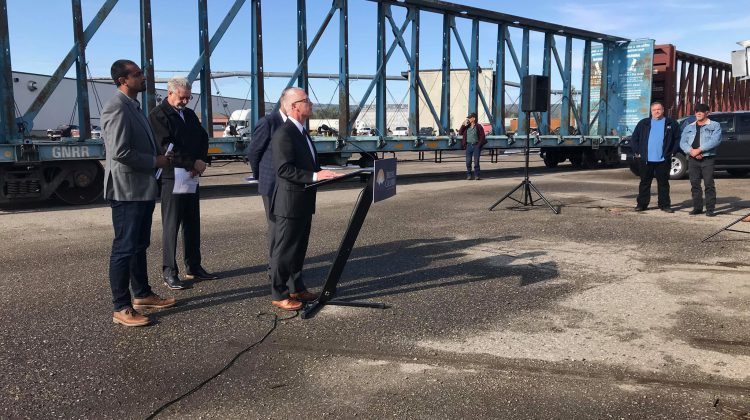 In an announcement made in Prince George, Minister of Forests Doug Donaldson brought forth a plan to help those who have been impacted by the curtailments and closures sweeping across the province.

In the midst of the downturn of the forestry sector, the minister revealed the plan to provide $69 million dollars to those who have been directly impacted.

“The previous government knew that the end of mountain pine beetle harvest would disrupt the lives of forest workers, contractors and communities, but they did little to prepare for this inevitable transition,” said Premier John Horgan in a release regarding the announcement. “While the forest sector must reduce surplus milling capacity to remain competitive, it cannot do so at the expense of the workers, contractors and communities who built the industry. Our government will ensure that forest workers impacted by mill closures are supported.”

According to a release, how those dollars will be allocated is as follows:

* $12 million for workers to access skills training, and for employer and community grants for training;

* $2 million to establish a new job placement co-ordination office that will track the transition and employment of impacted forest workers on an individual basis; and

Vanderhoof Mayor Gerry Thiessen said, “We’re going to get through this next little while. We know at some point our industry will come back again. It won’t be as big, but it will be different and it will be strong, so we need these families to stay in our communities.”

“The provincial government has done a great thing right now by stepping up. I wish the feds were along in the picture to up the anty a whole lot more, but given where we are today, this should go to, I think not to make everything right, but certainly soften the blow a lot of the members in the smaller rural communities,” he said.

A number of curtailments and closures have taken place across the region — as well as the province — due to low lumber prices and the high cost of fibre, which is according to lumber companies such as Canfor and Conifex.