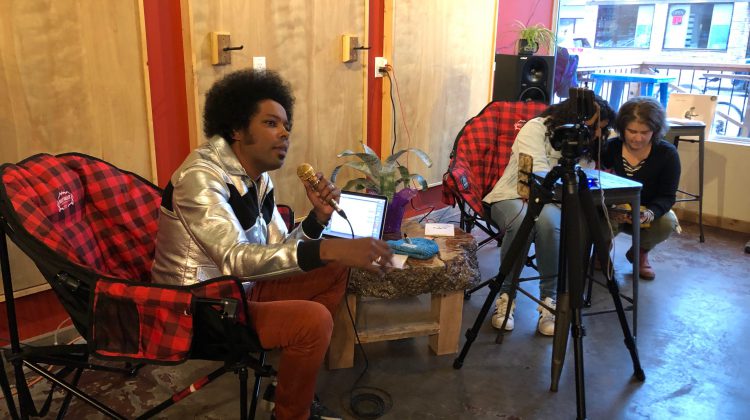 Clapping and cheering filled the Bulkley Valley Brewery in Smithers on Thursday (Sept. 20).

This is Cuba’s seventh album.

According to Cuba, every instrument on the album was played by him, which is something he has never done before making this a more intimate album.

“People listened very carefully to the songs. The delightful audience it is a good beginning for the album,” he said.

Cuba also said he is pleased that he got to do a listening party in Smithers.

“It brings a certain special element to whoever is here listening to the music for the first time. I think I like making people feel special, so that’s what I will continue to do,” he said.

For the past few albums, Cuba worked with producer Joby Baker but this album was the first where he hasn’t worked with him.

Cuba said not working with Baker this album was strictly a creative decision.

“Creativity is something interesting I needed a little bit of a departure from him just for the sake of feeling for my creativity and find new ways with it,” he said.

Cuba will be playing a show in Smithers on Nov 1 at the Della Herman Theatre.

His album can be bought at Mountain Eagle Books.