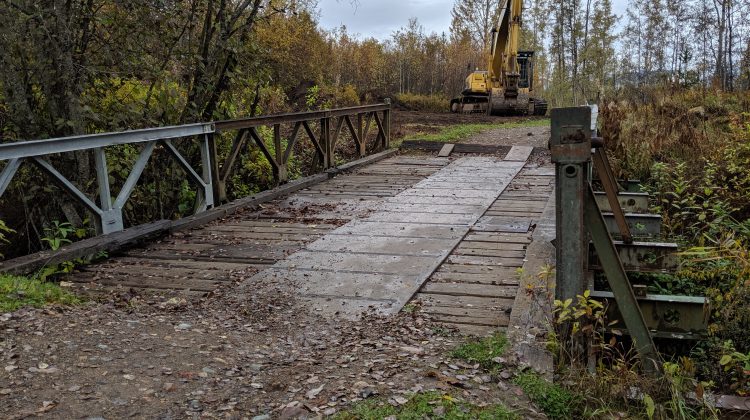 The pedestrian bridge behind the Smithers Golf Club is getting fixed this weekend (supplied by: Shane Loughran)

The pedestrian bridge behind the Smithers Golf Course that was under construction this weekend has been completed.

The Smithers Rotary Club donated money to fix the bridge.

The construction for the bridge began Friday (Oct 4) and was finished on Saturday (Oct 5).

The deck boards for the bridge will be installed in the spring.

“The bridge itself is looking in need of repair and is a vital link to the community for a cycle and path route and just a general really important link to the outside community to Smithers,” he said.

Tennant also said what community members can expect from the bridge when it is done.

“The bridge will be more level with the landscape and it will be put in properly this time, I think last time it sort of was put in half measure and it just sunk,” he said.

Tennant uses the bridge often, which prompted inspiration to fix the bridge and he thought it was something the Rotary could help fix.