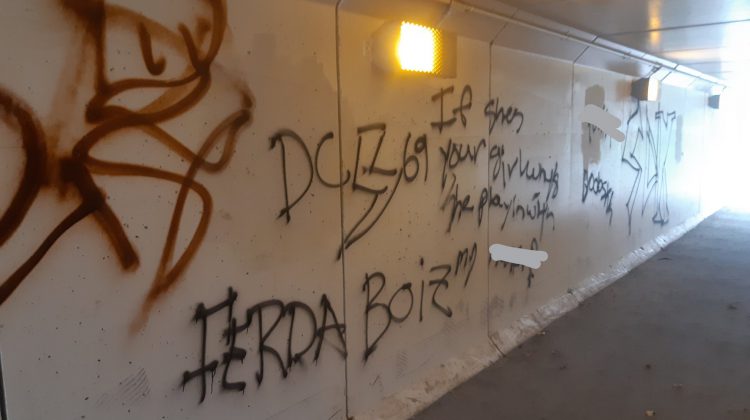 several areas in Telkwa were vandalized last weekend (supplied by: Village of Telkwa)

According to the Village of Telkwa’s Facebook page on Saturday night many areas were spray-painted with inappropriate drawings and words.

Places spray painted, include the Seniors Society Centre, the Telkwa sign, a parked car, and an underpass.

Media Relations Officer Cpl. Madonna Saunderson said in an email what the consequences are for vandalism.

“Spray painting property that does not belong to you is mischief and that is a criminal offense. Those responsible can be charged accordingly,” she said.

Smithers RCMP received the call around 10 a.m. on Sunday (Oct 6).

The investigation is ongoing.

Smithers RCMP is asking anyone with information to call 250-847-3233 or Crime Stoppers.