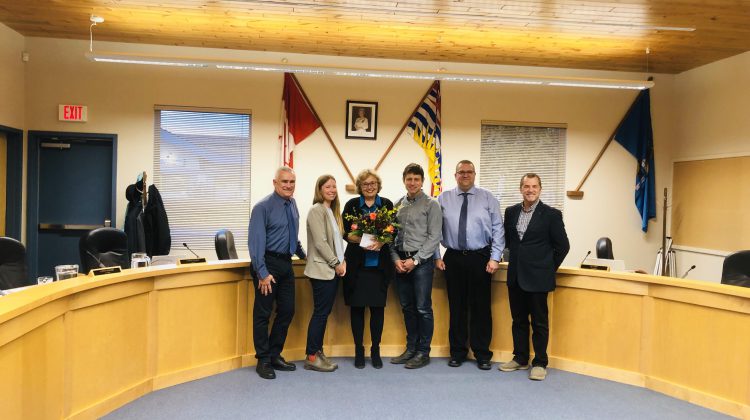 The Smithers Director of Finance took part in her final council meeting on Tuesday (Oct 8).

Councillor Wray announced Leslie Ford is retiring after 20 years with the town.

Councilors and NDP candidate Taylor Bachrach sent words of support whether it be through a letter or in person.

Bachrach said in a letter presented at the council meeting said he appreciated the respect she gave council.

“Each counselor and mayor come to their role with a different set of values and you’ve always listened to us and given thoughtful answers to our questions,” he said.

Ford was originally supposed to retire earlier but stayed longer while the council made the transition from the old Chief Administrative Officer to the new one.

Ford said she is going to miss everyone at the council.

“It’s been an honor and a privilege really to work with councils and to work with the residents of Smithers, I can’t thank you enough,” she said.

At the beginning of the meeting council members surprised her with a gift to thank Ford for all the work she has done over the years.