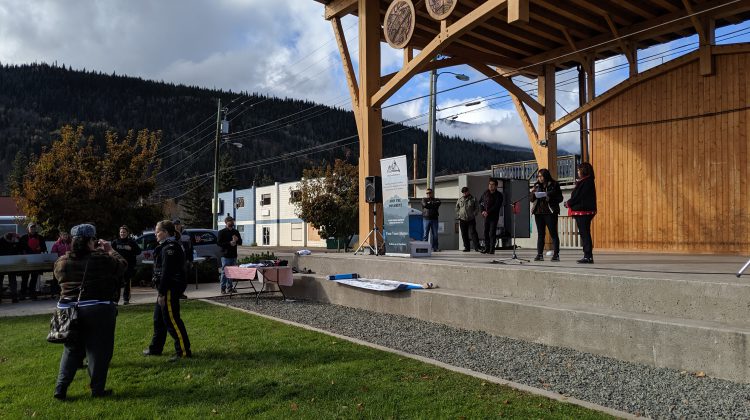 On Saturday (Oct.12) around 50 to75 community members gathered at Boville Square in Smithers for a Barbeque and a variety of First Nations speakers.

The event was hosted to explain to the community about the LNG project and to show the project does have indigenous support.

Gary Naziel, Witset band member was one of the speakers at the celebration and said it’s an important topic.

“There’s a lot of misinformation that’s being put on social media and Facebook and even though I’m not on Facebook I still hear from other people and the truth has to come out at some time,” he said.

The event was hosted by the group The North Matters.

David Johnston, The North Matters Chair said the reason they put this event on is that indigenous people in the area feel like they aren’t being listened too.

“What we want to do is start changing that conversation about how as a community can we come together and start showing compassion for one another again and respecting each other’s opinions,” he said.

During the event, protesters were escorted from the event from RCMP while Witset First Nations Band Chief Sandra George was on stage speaking.

The protesters verbally attacked George for around 5 minutes.

Last week, the Wet’suwet’en Hereditary Chiefs sent a letter to MLA Doug Donaldson to put a stop-work order on the project.