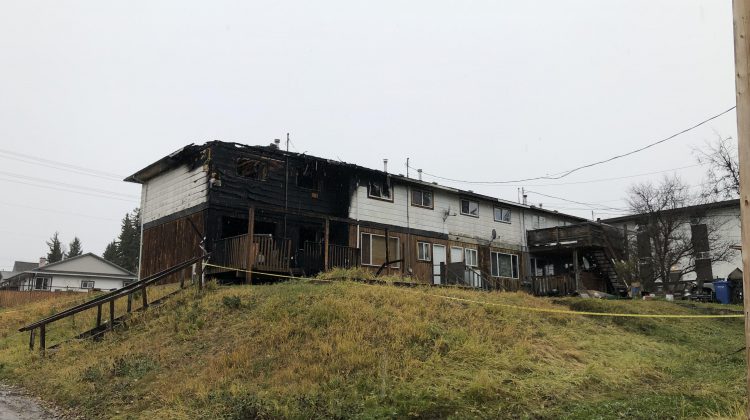 The building on Main St and 12th Avenue is secured by caution tape and has been largely destroyed.

Keith Stecko, Fire Chief said the fire department was able to contain the fire to one end of the building.

Stecko also said there were emergency services on the scene.

“There were eight occupants at the fire who received emergency support services that night,” he said

The Dze L K’ant Friendship Centre Society hosted a meal for the families that were displaced by the fire. They also were accepting donations for clothing and non-perishable food items.

Sizes that are needed for clothing are:

The Friendship Centre is continuing to accept donations at their Main St location from 8:30 am-4:30 p.m.

The cause of the fire is still under investigation.