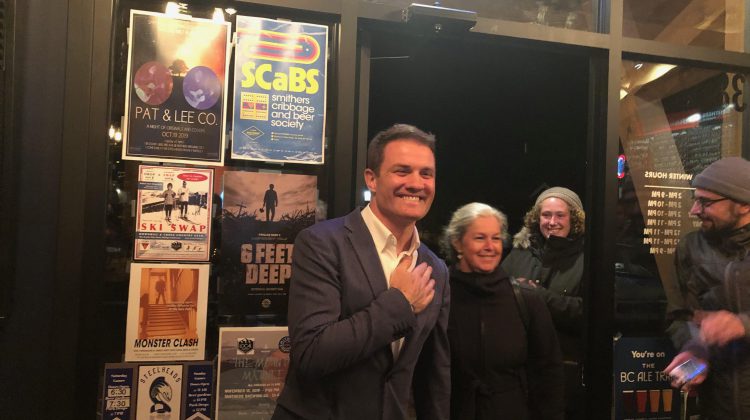 NDP candidate Taylor Bachrach has been declared the winner of the Skeena-Bulkley Valley riding.

It was declared around 9 P.M. PST. Almost two hours after the polls closed.

Cheers filled Smithers Brewing Company as Bachrach walked in with his family.

“We did it!” he shouted as soon as he came in the door.

Bachrach became the candidate after outgoing MP Nathan Cullen announced he was not running so, he could spend more time with his family.