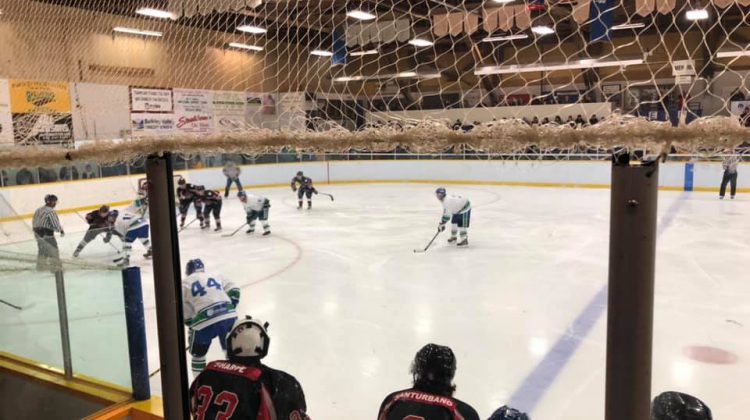 The Smithers Steelheads played their first home game over the weekend after taking a two-season hiatus.

The game against the Prince Rupert Rampage was held on Oct 26 at the Smithers Civic Arena. The Steelheads lost against the Rampage with a final score of 4-3.

During the home opener, fans had an opportunity to buy 50/50 tickets and a raffle for a chance to see the Vancouver Canucks next month.

The Steelheads choose a club for each home game to put half of the proceeds towards. During the opener, the proceeds went towards the U18 Avalanche Volleyball in Smithers.

Dana Unruh, U18 Avalanche Volleyball Spokesperson said the club was really excited they were chosen for the home opener.

“We knew it was probably going to be a really well-attended event and that we would be able to fundraise quite a bit of money for our club,” she said.

Unruh also explained what the money will go towards.

“This money will be going to help the team out with travel,” she said.

The next home game for the team is on Saturday (Nov.2) against the Hazelton Wolverines at the Smithers Civic Centre. Puck drop is at 7:30 p.m.