Houston, we’ve got a captain 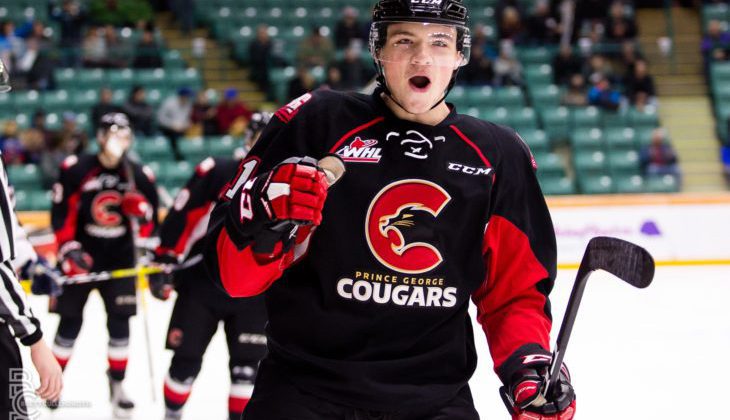 The Prince George Cougars announced today that Josh Maser, a product of Houston, B.C., has been named the 25th captain in franchise history.

“He has a lot of qualities but the main thing he does is lead by example. You watch him play, you watch him practice, everything is 100 per cent. He’s a great example for not only the veterans to follow but the young players as well. You need that work ethic in the organization and he sets the standard really high,” said Cougars’ General Manager and Head Coach Mark Lamb.

Lamb added that Maser will be well supported with a veteran group around him, “Our leadership group runs deeper than the four players wearing letters right now. Guys like Taylor Gauthier have a big part in leading this team, and by right he should be wearing a letter too. Josh has a lot of support in that dressing room.”

Maser is in his fourth season with the Cougars and currently leads the team in scoring with 11 points (6g, 5a) in 16 games. The 20-year-old was second in team scoring a season ago, where he compiled 30 goals and 12 assists for 42 points in 61 regular season games. The 30 goals were a new career-high. To date, the foward has played in 172 career regular season games in the Western Hockey League (WHL) and has amassed 67 goals and 39 assists for 106 points. Maser is 39th all-time in Cougars’ franchise scoring.

The power-forward was originally drafted by the Prince Albert Raiders in the fourth round, 74th overall, in the 2014 WHL Bantam Draft. The Cougars acquired Maser from the Raiders in October 2016. Maser is also a graduate of the Cariboo Cougars Major Midget program.

“I’m honoured to have been chosen to be the captain. It’s special being from the north, growing up in the area and now leading this team I followed since I was a young kid,” said Maser. “I’m very thankful of my teammates and the other leaders we have on this team. It’s humbling.”