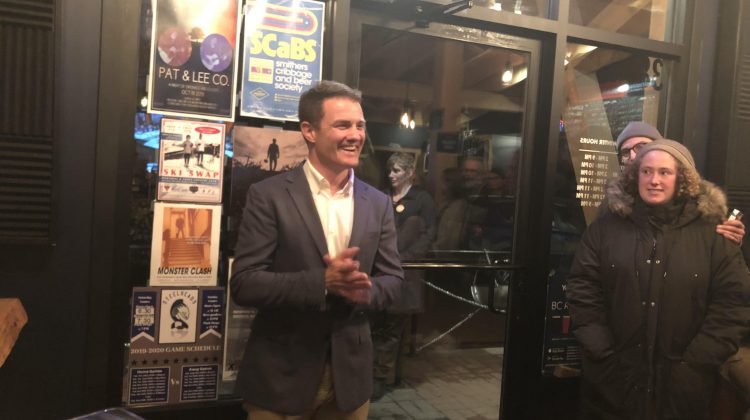 Skeena-Bulkley Valley MP Taylor Bachrach has been appointed as a Critic for Infrastructure and Communities.

NDP Leader Jagmeet Singh made the announcement on Wednesday (Nov 27) while speaking at the Federation of Canadian Municipalities.

Bachrach said he was honored to be chosen for the role.

“This is exactly what I wanted to be doing and I think it’s a position that builds on my decade of experience of local government and I’m really looking forward to working alongside the Minister and the spirit of cooperation and learning the file,” he said.

According to Bachrach, each opposing party has a shadow cabinet which includes a position where each MP specializes in a specific ministries file.

He has worked in local government over the past ten years being a counselor in Telkwa and the mayor for Smithers.

Bachrach said he thinks formally being in local government it will help in this new role.

“Local government is a pretty unique government environment and the challenges, particularly the challenges in small rural communities, are unique and that’s the lense that I bring. Across Canada communities are struggling with the infrastructure deficit,” he said

Bachrach was elected as MP during the 2019 Federal election.

Singh is expected to announce the rest of his Shadow Cabinet on Thursday (Nov 28).