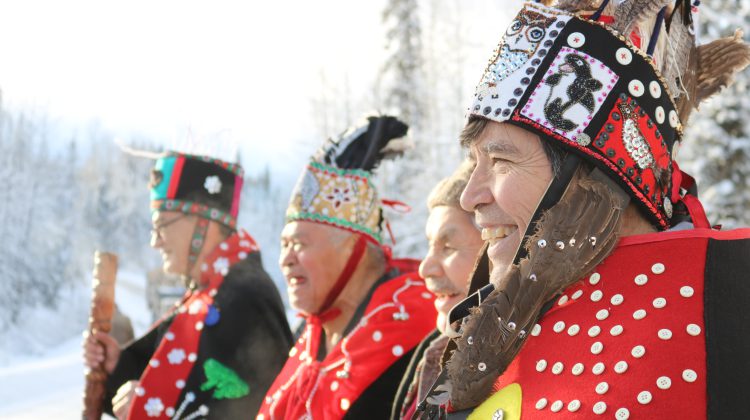 The Wet’suwet’en Hereditary Chiefs has issued an eviction notice to the Coastal GasLink Houston Camp.

The announcement was made via a press release on Saturday (Jan 4).

According to the press release, the eviction of CGL is effective immediately and the Hereditary Chiefs have gathered on Gidimt’en and Gilseyhu territories to monitor the eviction.

“Coastal Gas Link has violated the Wet’suwet’en law of trespass and has bulldozed through our territories, destroyed our archaeological sites and occupied our land with industrial man-camps,” she said.

According to Wickham private security firms and the RCMP have interfered with protected rights of the Wet’suwet’en people to access the land for hunting, trapping and ceremony.

Wickham also said CGL is expected to comply with the notice.

“We expect Coastal GasLink to peacefully comply with our eviction notice, and ask that British Columbia uphold its commitment to implement UNDRIP [United Nations Declaration on the Rights of Indigenous Peoples] and instruct RCMP to respect our right and refrain from interference in Wet’suwet’en law,” she said.

Last Friday, Coastal GasLink was notified by the Unist’ot’en, that it intends to terminate an Access Agreement that was put in place last year.

The termination is expected to be in effect on January 10.

According to CGL, the B.C. Supreme Court ruled in favor of the interlocutory injunction application by the pipeline company.

“We are disappointed that after nearly a year of successful joint implementation of the Access Agreement the Unist’ot’en has decided to terminate it. Our preference has always been to find mutually agreeable solutions through production and meaningful dialogue,” CGL said in a press release.

According to the pipeline company, early on January 5 CGL crews discovered trees had been felled near the Morice River Service Road area. Crews were not able to pass the road, CGL said this is a violation of the Injunction.

The Wet’suwet’en will be providing an update on the eviction notice at a press conference on Tuesday morning in Smithers.