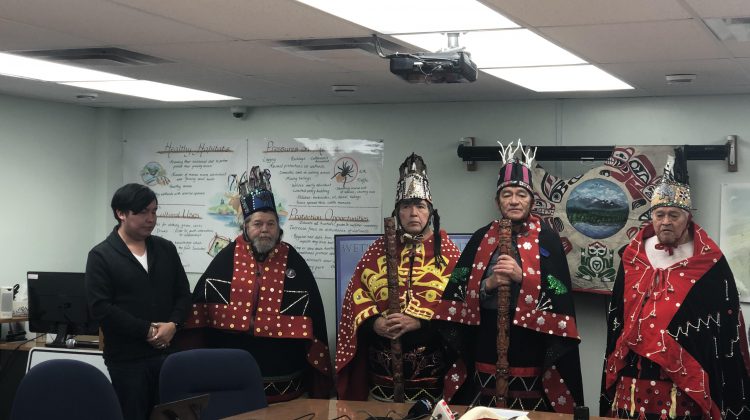 The Wet’suwet’en Hereditary Chiefs have agreed to meet with the province regarding the ongoing dispute with Coastal GasLink.

The Hereditary Chiefs made the announcement yesterday (Thursday) in a statement.

According to the Chiefs, the discussion will go on for a period of seven days.

“The discussion will be known as ‘Wiggus’, the Wet’suwet’en word for respect. In the landmark Supreme Court Decision of Delgamuukw Disday’wa Wiggus it was defined as ‘respect for all living beings, starting with oneself,” the release said.

The Chiefs have said repeatedly that they want to resolve the dispute peacefully.

“The Hereditary Chiefs reiterate their mission: ‘we are proud, progressive Wet’suewet’en dedicated to the preservation and enhancement of our culture, traditions, and territories; working as one for the betterment of all,” the statement also said.

Premier Horgan released his own statement on the agreement to sit at the ‘Wiggus’ table.

“The Wiggus/ Respect Table is an opportunity for all parties to work in good faith towards de-escalation, and we view this announcement as a positive that all involved are determined to find a peaceful resolution,” Horgan said.

It is unclear when the Hereditary Chiefs and the province will be meeting for the seven-day discussion.

Stikine MLA Doug Donaldson will not be in attendance for the discussion.