“We can’t face one crisis and forget about the other,” : Minister of Mental Health and Addictions 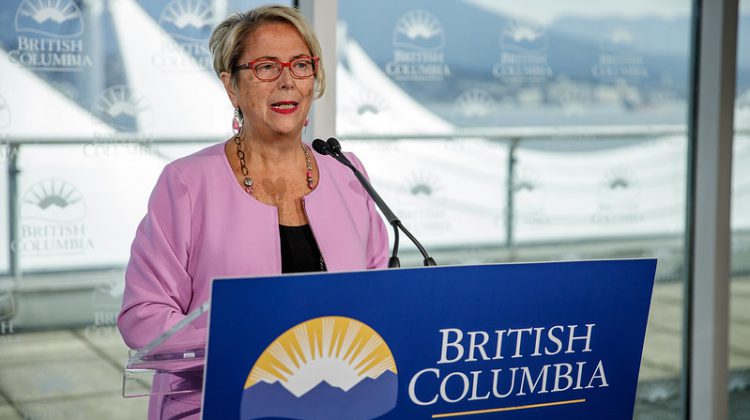 The BC Government announced the four-year anniversary of the overdose crisis being declared a public health emergency.

According to the BC Coroners Service, 981 illicit drug deaths were recorded province-wide in 2019, with 25 of those taking place in Prince George.

Minister of Mental Health and Addictions Judy Darcy told Vista Radio it’s important to keep making progress on the issue even though COVID-19 is still at the forefront.

“We also need to keep focused on saving lives, stopping overdoses and taking on both of those public health emergencies at the same time because we cannot as we face one crisis to forget about the other.”

When asked about a possible solution, Darcy stated there is more than one path to recovery.

“For some, it is accessing services and overdose prevention sites, for others, it is abstinence-based recovery and also some gain great strength from faith and spirituality. It’s all of us working together and individual British Columbians having the courage of not judging or stigmatizing people who are living with addiction but accepting as our ministry is very clear that addiction is a health issue, it’s not a moral issue or a character failure.”

“However, Indigenous people have said over and over again that for them, the pathway to hope is about reconnecting to the land and to family and culture, there is no single pathway and we need to work on all fronts at once.”

“I am very proud of the work they are doing and I feel people are getting both the truth, they are getting it directly, it is transparent but also our government has been moving at break-neck speeds to get supports to people that need them the most.”

She admits while the physical distancing measures have been in place for the better part of a month, some of our most vulnerable may not be able to fully adapt to them for various reasons.

“If you are someone who is homeless or living in close quarters and you are struggling with an addiction or if you are on safe prescription medications and are having to go to a pharmacy every day instead of the poisonous alternative drug supply, then it’s tough to respect the physical distancing guidelines we want everyone to be able to do that.”

Darcy said since the NDP took office in 2017, 3,500 more people are on medication-assisted treatments.

The BC Centre for Disease Control estimates 5-thousand lives have been saved as a result of interventions like Naloxone.

232-thousand Naloxone kits were distributed province-wide last year, up from the 195-thousand in 2018.

According to the Coroner’s Service, 104 overdose deaths have taken place in Prince George between 2017-19, which is the third-highest total in the province next to Nanaimo (122) and the Vancouver Aggregate (1015).

In the Northern Health Region, 67 illicit drug toxicity deaths were recorded last year, a decline from 2018 where the mark was 98.