First anniversary of fire that burnt down Smithers Recycling Depot 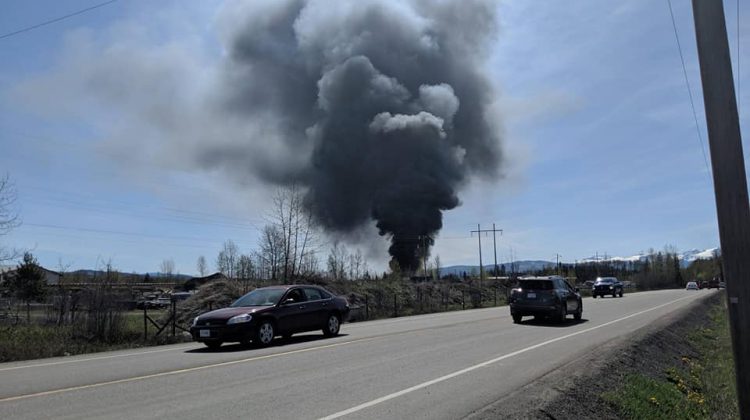 Fire at Recyling Depot in Smithers (supplied by: Shane Loughran)

It’s been a year since the Recycle Depot on Tatlow Road in Smithers caught on fire causing the community to be without curbside pickup for recycling.

During a Mayor Outlook luncheon earlier this year, Telkwa Mayor Brad Layton and Smithers Deputy Mayor Gladys Atrill both said they were given the option by the Ministry to drive a truck with the communities recycling into Terrace.

According to Layton and Atrill, that is not an option and both communities turned down the offer.

Atrill said no plan is confirmed but the affected parties are working together to find the next step.

“Since the depot burned down last year and it’s hard to believe it has been a year there has been a pretty concerted effort between the Town of Smithers, The Village of Telkwa and the Regional District of Bulkley Nechako to get a next step going, to get a new depot constructed,” she said.

Atrill also said the Smithers, Telkwa, and the Regional District continue to talk with the Ministry and Recycle BC.

“Area A director Mark Fisher has been key in this but sadly we don’t have a solution just yet, so the fight continues and we are ever determined that recycling will be restored,” she said.

No injuries were reported during the fire and Telkwa and Houston fire departments were also on scene.