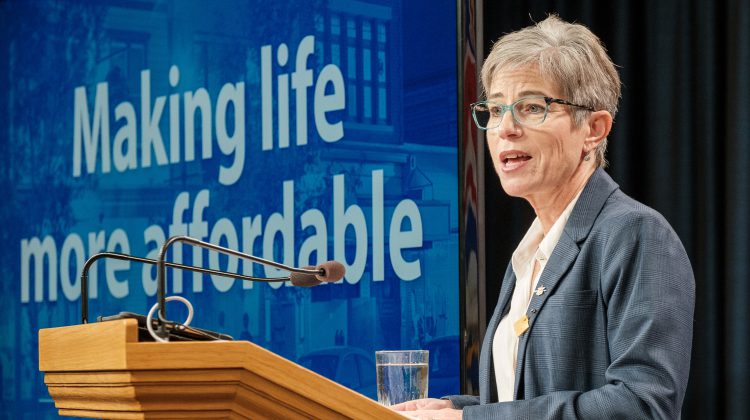 Minister of Municipal Affairs and Housing, Selina Robinson (supplied by: BC Government Flikr)

The Province has announced the second installment of funding for Northern BC Communities.

The grant will support healthy community growth during major resource development and build infrastructure to meet the needs of people in the region.

The Province is investing $75 million to Northern BC Communities through two programs, the 2020 Northern Capital Planning Grant and the Northern Healthy Communities Fund.

The first program will be provided directly to local governments to help address their infrastructure needs and as they prepare for major resources and economic development and the second program is available through the Northern Development Initiative Trust.

The second program will be available to local governments, First Nations, and non-profits in the region to support the local delivery of critical services.

According to Minister of Municipal Affairs and Housing Selina Robinson, the funding is not a part of BC’s COVID-19 Action Plan.

Minister Robinson said local governments in the North are excited about the funding and she speaks with local mayors on a weekly basis.

According to Smithers Deputy Mayor Gladys Atrill, the Town will be receiving $3.6 million dollars of the funding.

She said the funding will be great for the community.

“That’s really great news for us, especially during this time where we’re unsure what’s happening in the next while, to get another $3.6 million dollars into the bank account is certainly good news,” Atrill said.

She added under the current situation it will put extra money into the bank, but it still has to be discussed at a budget meeting.

The funding is in addition to $100 million provided in 2019 across the North.