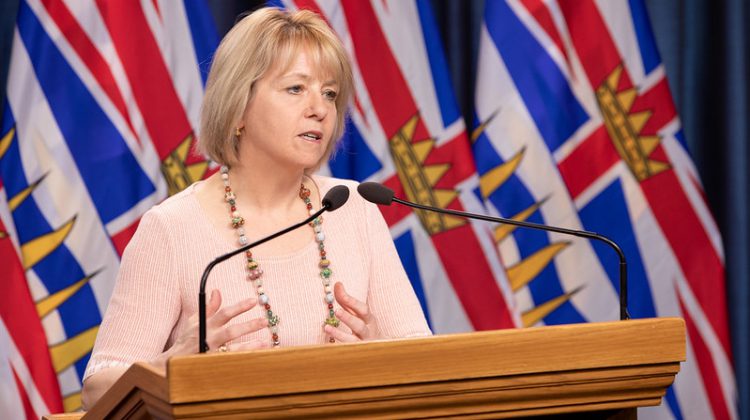 Provincial Health Officer Dr. Bonnie Henry is encouraging British Columbians to take a survey, launched by the BC Centre of Disease Control.

The survey looks to establish the impacts of COVID-19, and help develop a plan for a potential second wave.

This is the lowest case count since March 12th, before a public health emergency was declared in the province.

However, another British Columbian has died due to the virus, with 131 deaths province-wide.

One additional death has occured. They were a resident of a long term care home in Fraser Health.

There are currently 397 active cases, including 63 people in hospital, 16 of which are in critical care.

Critical care occupancy is currently at 46.2% according to Minister of Health Adrian Dix.

Health Minister @adriandix on the new numbers – “It’s a low day in British Columbia.” 3,760 beds available in the hospital system, a capacity rate of 66.3%. #bcpoli #COVID19BC

“We need to maintain control of COVID-19,” Dr. Henry said, emphasizing the importance of continued hygiene, and physical distancing measures.

“The only travelling we should be doing right now is from phase one to phase two because COVID-19 isn’t going anywhere,” Dix said as he restated the the virus is still present in every health authority in the province.